London is a city of many personalities and characters and has the extraordinary ability to peak just about any interest; history buffs, art admirers and self-confessed foodies can all find a space in the United Kingdom’s capital to ignite their senses and make their London staycation, girlie weekend or city break an unforgettable one.

Of course, with so much on offer, it can be difficult to know where to begin. From the world-famous museums down to the brimming street food scene, to put it simply – London has a lot to give and at the end of your two-day trip, you might just find yourself booking another. Still, if you happen to have 48 hours in the city, make the most of it with our insider’s guide to 48 hours in London.

First things first: Breakfast. After dropping your bags off at Clayton Hotel City of London make your way towards The Black Penny which ideally sits in the heart of London’s historic neighbourhood of Covent Garden. This charming cafe was inspired by the first coffee shops to open in London in the 1600s where all you needed was a penny for your coffee – how things have changed!

Considering the inspiration behind the café, it might go without saying that the coffee is superb, but the breakfast dishes are just as mouth-watering: think classics like the full English breakfast and contemporary items like crispy duck hash. Grab the perfect people-watching seat outside to enjoy your meal and if time permits, take a stroll towards the beautiful Trafalgar Square and get a glimpse at the iconic fountains and the famed lion statues. 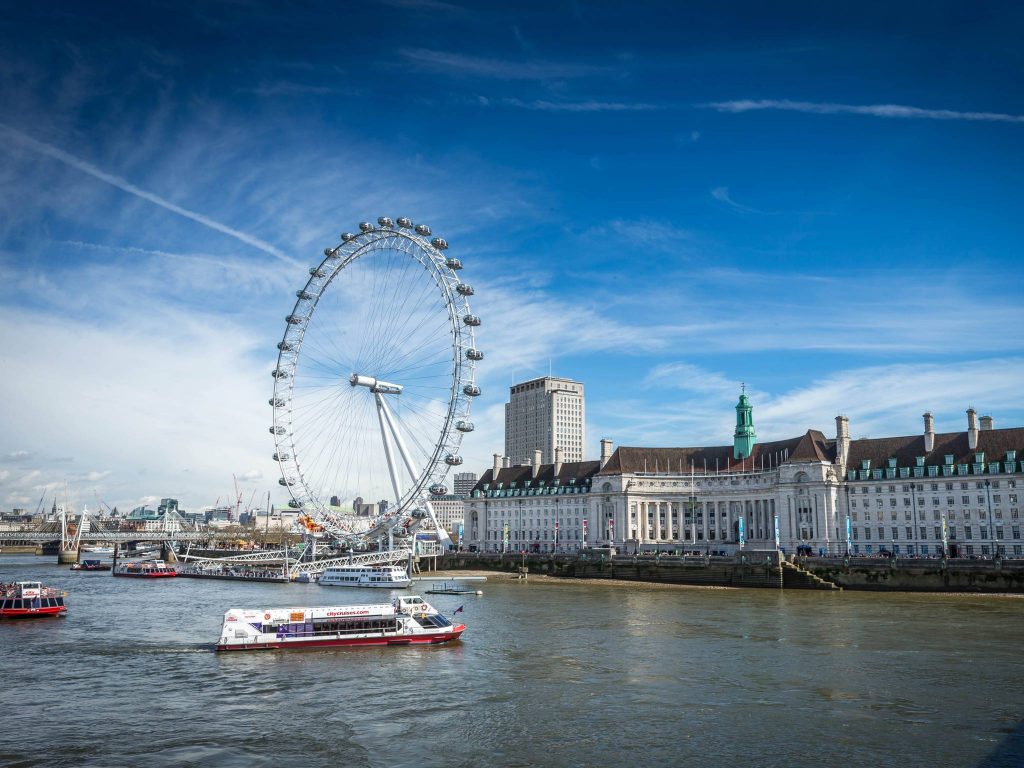 Make your way from Trafalgar Square and across the River Thames to the south bank where you’ll enjoy London’s famous skyline from a height (443 ft to be precise) on the much-loved London Eye.

The experience itself lasts just 30 minutes but gives you the chance to spot some of the city’s most well-known attractions and landmarks. Get a glimpse at Big Ben, the Houses of Parliament and even Buckingham Palace! The opening times tend to vary throughout the year so it’s best to check the hours during your visit but one thing that is for certain: pre-booking is always a definite must.

Take a wander back over the River Thames and grab a glimpse (and a few necessary touristy pictures) of Big Ben as you walk by. Pass St. James’s park and move on towards your next stop: Buckingham Palace.

Although this next stop likely doesn’t need much of an introduction: Buckingham Palace is the home of the British monarchy and has been the official London residence of the United Kingdom’s sovereigns since 1837. Today, the palace is open to the public a few months throughout the year where you can visit the State Rooms or the Royal Mews and the Queen’s Gallery. If the palace isn’t open during your visit, the changing of the Guard also takes place outside Buckingham Palace throughout the year which is certainly worth seeing. 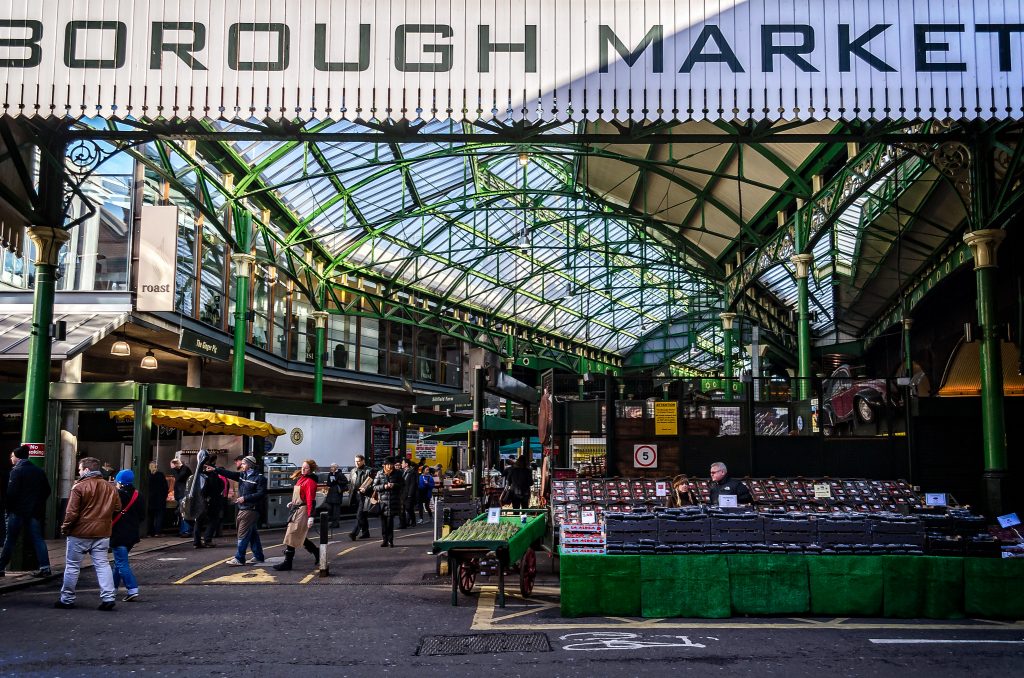 Jump on the tube from Green Park Station and alight at London Bridge to grab a bite to eat in Borough Markets; a true hub of diverse food produce and a must-visit during your 48 hours in London (particularly for the foodies).

The market was first established in the 80s and is simply bursting with up-and-coming street food vendors and fresh produce: making it a pretty ideal spot for lunch if you and your city break partner/group all have varying tastes. Try out the authentic Indian cuisine at Gujarati Rasoi, an impeccable cheese toastie at Kappacasein or an Argentinian empanada at Portena.

From world-class plays to famous musicals, there is always something to see for just about any taste and budget. Lion King, Les Misérables and Wicked are just a few of the shows that have been performed and praised in London’s West End. To see what’s on while you’re in London, check out the London Theatre website.

Dinner & Drinks at The Grill 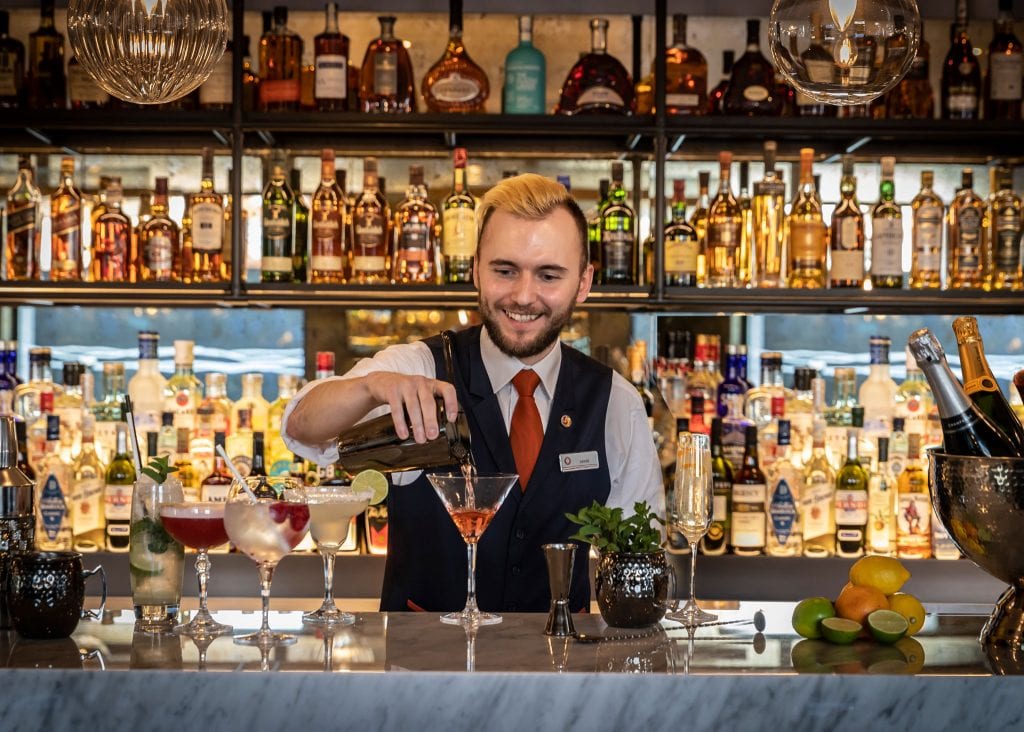 After the show, it’s time to relax and reflect with a bite to eat. Make your way back to the stylish surrounds of The Grill restaurant at Clayton Hotel City of London. The relaxed atmosphere, classic British cuisine and extensive drinks menu, all make this restaurant the perfect place to wind down after a long day of exploring all that London has to offer. 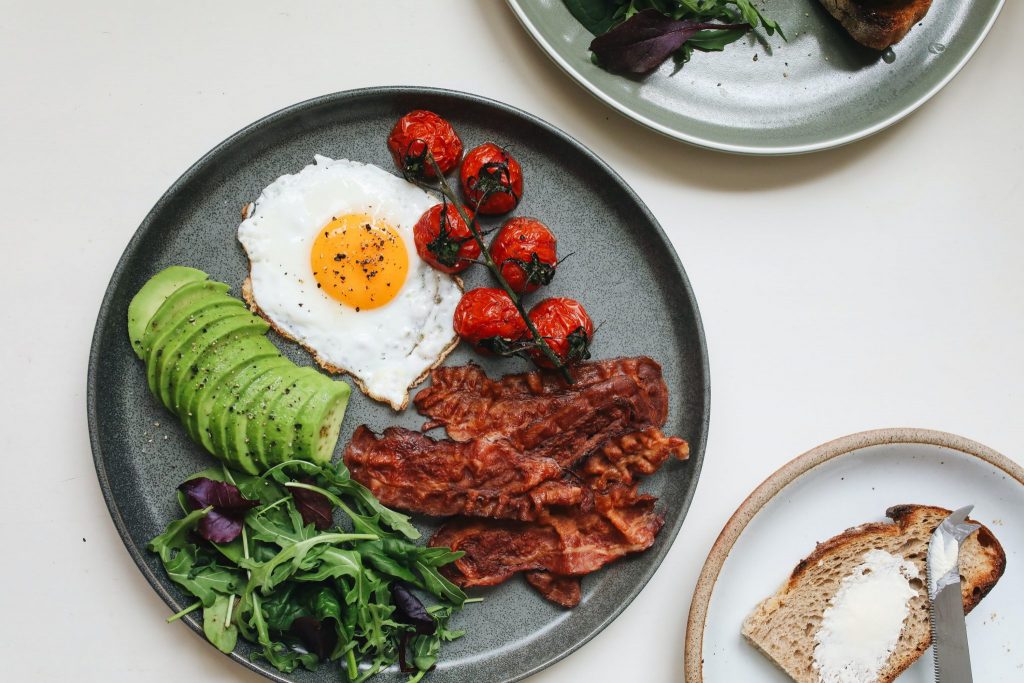 With fresh bread and pastries, cheeses, yoghurts, fresh fruit, cereals and hot breakfast options of full English, vegetarian and Chef’s daily special there is something to suit everyone with our Vitality Breakfast.

With a busy itinerary filled with plans of things to do in London you can order a to go breakfast which includes orange juice, Special K milk & bowl, banana, yogurt, croissant with jam and butter and will be packed in a handy bag to take with you.

It’s time to stretch your legs and walk-through Mayfair towards the beautiful Hyde Park. This park was once a royal hunting ground for King Henry VIII and has been open to the public since 1637. The park itself stretches over 350 acres and is an oasis of calm in the centre of London city.

As well as being home to several famed monuments such as the Serpentine Lake and the Diana Princess of Wales Memorial Fountain, the park also hosts many entertaining activities for visitors – from boating and cycling to tennis and even sailing. If you can’t fit in any of the unique ventures onsite, a walk around the stunning landscape is just enough to embrace the beauty of this park. 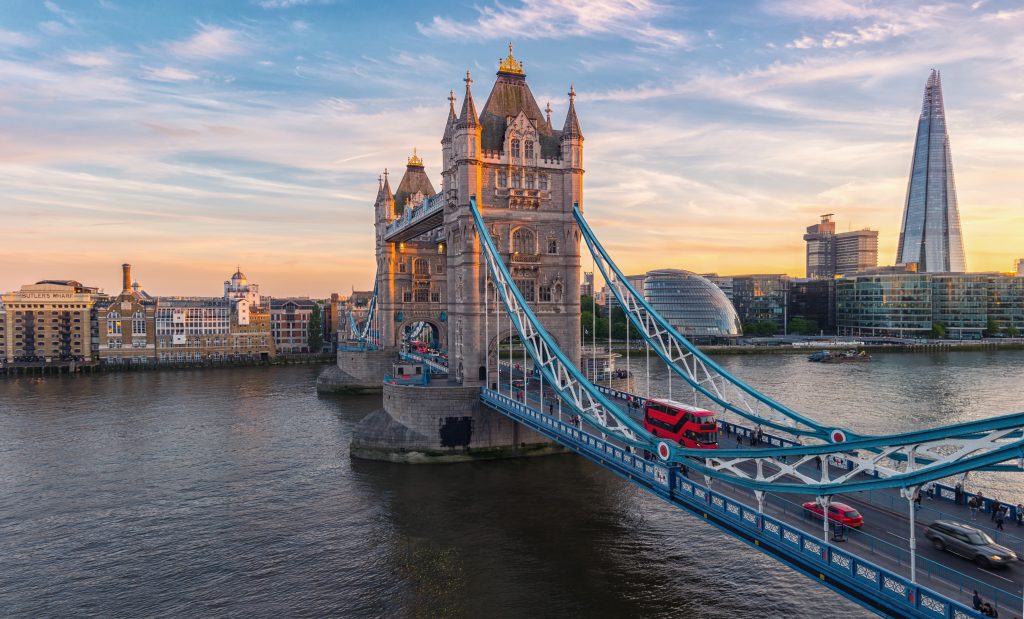 Hop onto the trusty tube to make your way towards the Tower of London; one of the best places to visit if you’re interested in learning a bit about the history of the city. Initially built by William the Conqueror, this London landmark boasts hundreds of years’ worth of fascinating history.

A visit to the Tower of London will give you the chance to immerse yourself in the stories and happenings that once occurred within the walls of the tower. See the symbolic crown jewels in the Jewel House, the armoury exhibit in the White Tower and the famed Fortress of London. Exit the tower through the middle moat and take in the exceptional view of Tower Bridge before heading on to your next stop.

Many locals will agree, fresh pie and mash is good and honest comfort food and some of the best pies in the city can be found in M. Manze, just a short walk down Tower Bridge Road. This pie and mash spot has been serving locals since 1902; making it the oldest pie and mash shops in London.

Grab a freshly baked pie, great quality mashed potato or a jellied eel (if it tickles your fancy) and enjoy it overlooking the River Thames. Once finished, take a walk alongside the river, past London bridge and toward your next must-see stop. 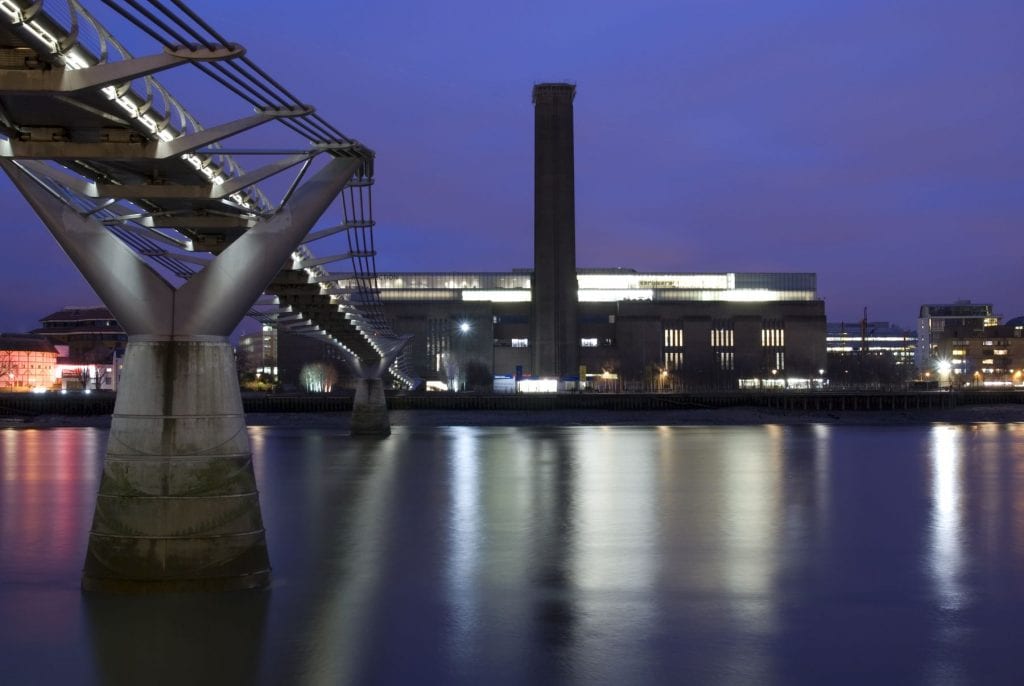 Sitting just alongside the south bank of the River Thames, London’s Tate Modern is a modern art gallery that houses collections from around the world and is likely already on your must-see list if you’re an art lover!

As one of London’s, and arguably the world’s, most iconic art galleries, Tate Modern is visited by millions of people every year who are enticed by the contemporary artworks as well as the buildings historic architecture. One of its unique selling points is also the view it offers over London’s skyline from its viewing platform; keep an eye out for St. Paul’s Cathedral, Big Ben and Wembley Stadium.

Finish off your two-day trip to London with dinner in Seabird. Just a short walk from Tate Modern, this rooftop restaurant specialises in seafood and offers simply cinematic views across London.

Once you step into Seabird, you will feel as if you have been transported into a Mediterranean dream complete with wicker chairs, exotic plants and a raw marble bar. The restaurant prides itself on having London’s longest oyster list however it does cater to vegans and vegetarians alike. The drinks list is also pretty impressive with delicious cocktails, craft beers and wine to help you end your time in London with a befitting ‘cheers’ overlooking the London skyline!

Tip: Discover London’s best tours, unique things to do in City of London and lots more in our blog. 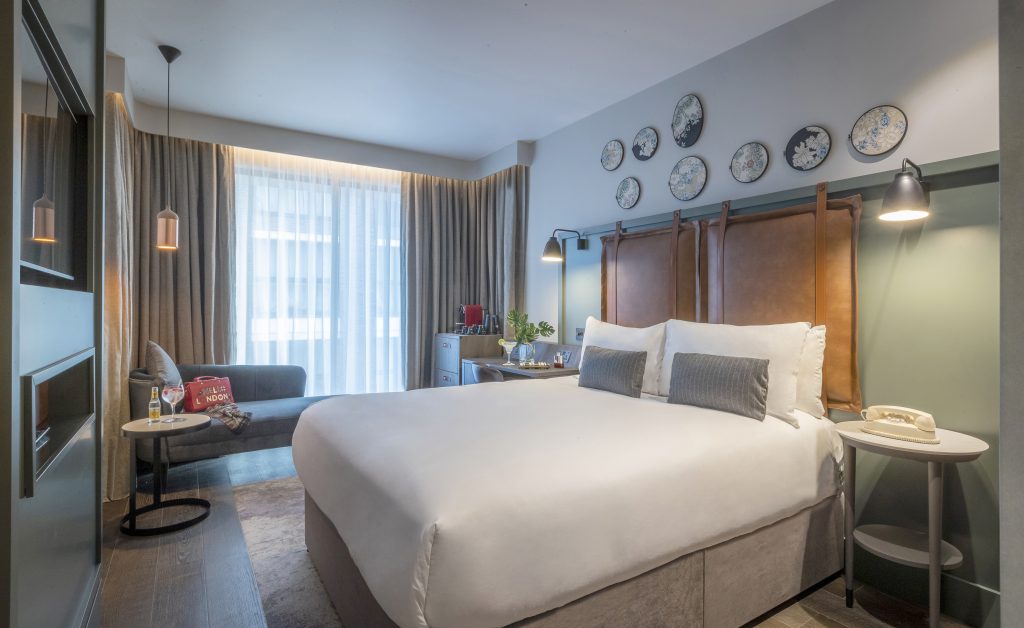 Clayton Hotel City of London sits in the heart of the city and is just a stone’s throw away from some of the capitals most iconic sights and attractions; making it the perfect place to lay your head after a long day of exploring. Check out our current hotel offers and book your London trip. 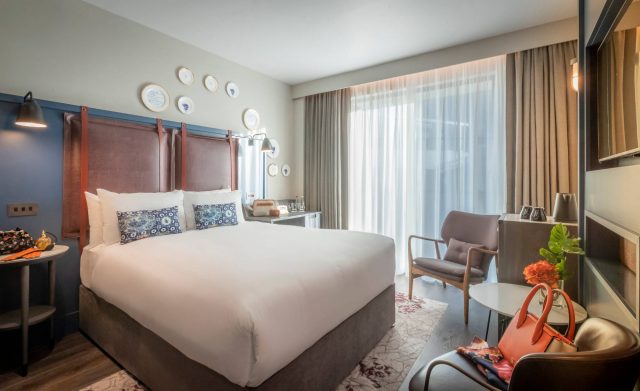 Start planning your trip to the capital and book your perfect break at Clayton Hotel City of London.